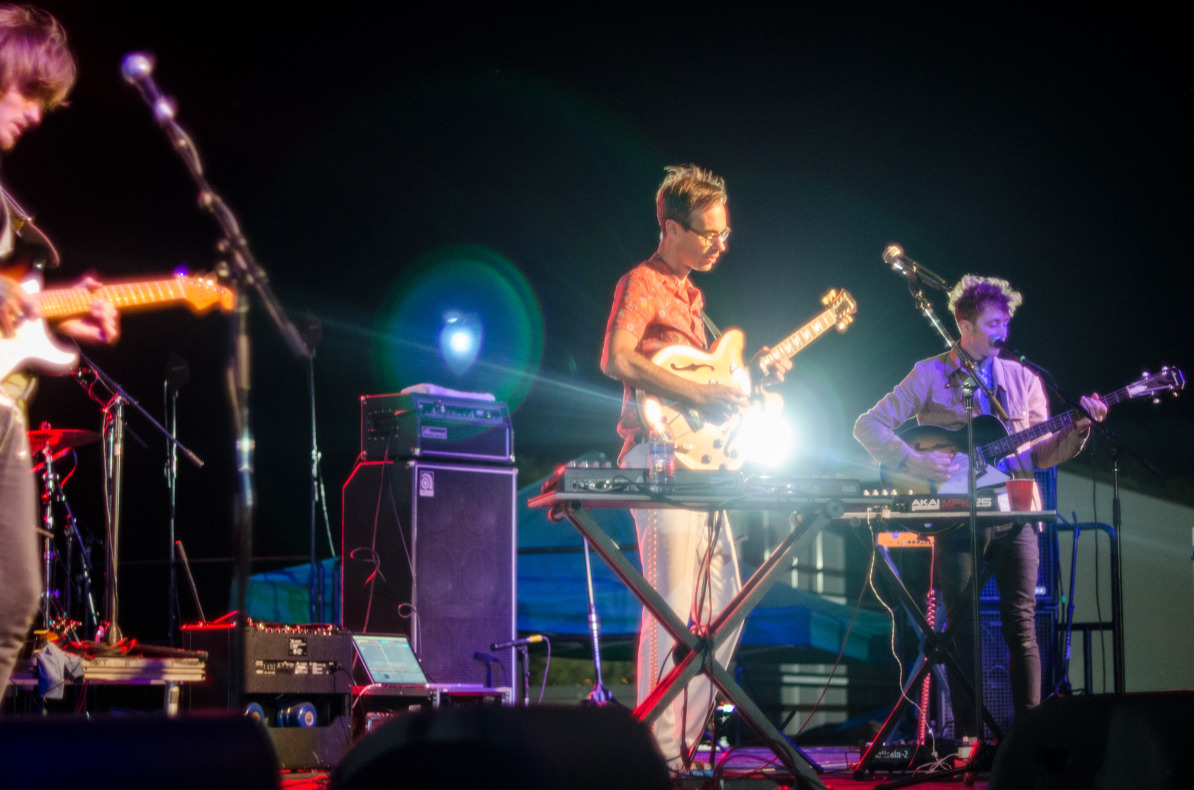 Imagine a nice warm summer afternoon. The Bowl has a few vendors, an inflatable bungee run, a Rockstar Energy Drink tent and a stage with hundreds of students gathered around. This is Cowchella.

Every year the Campus Activities Board (CAB) and Office of Student Life (OSL) host an end-of-the-year music festival for students to enjoy themselves before finals week. The event was held on Saturday April 25 in The Bowl near the Gallo Recreation Center. To support the event, Rockstar contributed to the event as a partial sponsor.

“I’ve gone to every single one…they just keep improving it,” said fourth year student Nicole Giddings. “I like how they were going above and beyond with the theme of Cowchella. It’s good they try to cater to the interests of different groups on campus.”

This year the lineup focused on a country-rock genre. The opening acts included  Almost Classy, followed by Dallas Smith, then Hellogoodbye, with Andy Grammer headlining. Although students initially complained about the event’s lineup, those who attended reported having a good experience.

“The atmosphere makes me more excited about it” said third year Shelby Takenouchi, who helped run the event. “The stage is hella awesome.”

To keep the students hyped up between performances, a DJ played a few tracks. At some points during the event some students seized the opportunity to have some fun and crowd surf.

“It was a lot better than I expected,” said second year Deo Halili.”The DJ was live, and the dance circle was fire!”

“Even though it was not the usual music Merced brings to the students, I had a great time,” said Norma Hernandez, third year student who was working for Fork in the Road during the event. “There were some awesome vibes.”

Along with performances, students had access to free Rockstar energy drinks and hats while they were in stock.

“We were sampling our innovations: Organic, Limefreeze, Peach, and Piña Colada,” said one of the team members from the Rockstar tent. “Piña colada flew off the bar!”

On the opposite end of the field, local restaurants Little Taste of India, J&R Racos, and Gateway Gardens had food carts available so students could enjoy dinner and the show.

By the end of the night, many students had attended and greatly enjoyed themselves and the performance as a whole.

“I thought it was great…there was a lot of space to dance,” said fifth year Mayumi Amargo. “Andy Grammer was really good, he really knows how to work the crowd!”

When asked about the criticism that Cowchella received, Takenouchi said, “Some people love to hate. If you’re looking to have a good time, you will. It is what you make of it.”