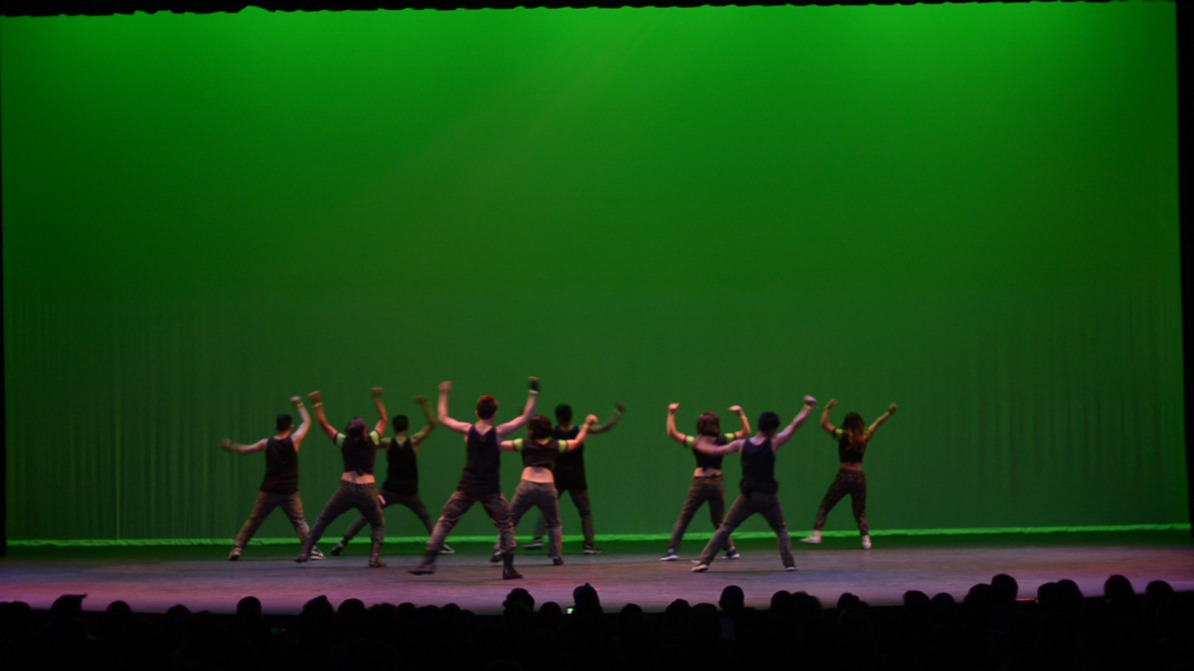 As the auditorium darkened, the three competing teams braced themselves for the biggest, most intense dance battle of the year. Each had spent at least the past few weeks practicing their routines. Their efforts would come to fruition at the second annual UC Merced Dance-Off hosted at the Merced Theater on May 2

Hundreds of students from UC Merced and the Merced community came together to support the three dance teams that competed for the Goblet of Cadency—INTRO, Dance Coalition (D. Co), and Hip-Hop Movement (HHM).

The competition was divided into three distinct rounds: the first was judged on originality, the second was a tribute to Michael Jackson, the “King of Pop,” and the third required a Latin theme. The three teams had worked and prepared themselves all year for this event to showcase their hard-work, dance skills, and dedication to their respective organizations.

“I am pumped and exhausted, but more than anything, I am excited.”Kendra Le

The four judges that were present were Letrice Curl, Lisa Perry, and guest judges Mikey Ruiz and Aye Hasegawa, who followed the end of the three pieces with a special performance.

The first round saw all three teams coming out with fresh moves and great enthusiasm that carried on throughout the show. The ultimate purpose of this round was to introduce the uniqueness of each dance team and to give them a chance to display the dance techniques they each focused on throughout the school year.

The second round, dedicated to the King of Pop, showed clever costuming and a diverse range of Michael Jackson’s hits. The audience enjoyed everything from the classic “Thriller” dance to the original beat from The Jackson 5’s “A-B-C.”

Finally, the Latin round was a spicy conclusion to the show in which each team showcased an array of dance styles including salsa, merengue, and samba. It was a nice, beautiful touch to end the Dance-Off before the results came in.

HHM was eliminated first, leaving the two remaining teams, D. Co and INTRO, to engage in a final dance battle to decide the victor. It was a close battle between the two teams freestyling on stage. In the end though, INTRO took home the Goblet of Cadency.

“I was extremely impressed and loved what I saw from the wings,” Leondra Graves, Campus Activities Board (CAB) member and one of the hosts of the Dance Off commented. “I also want to give a huge shout out to the wonderful guest performers, Aye Hasegawa and Mikey Ruiz for doing such amazing jobs as performers and judges.”

The event brought in a great turnout. The audience, hosts, and performers were all buzzing with excitement while enjoying a big event before the beginning of finals.