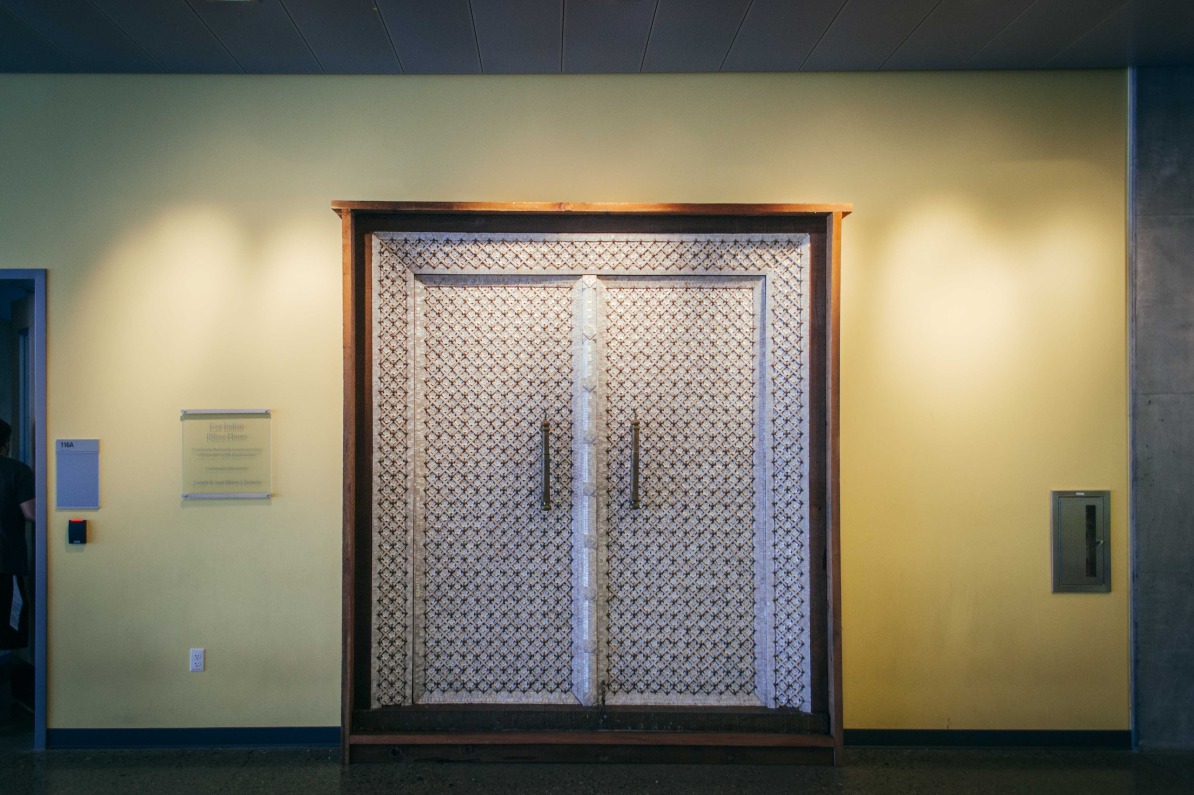 All throughout the school, there was not a single UC Merced Bobcat in sight. Scholars Lane was empty and quiet, to the point where it gave an almost post-apocalyptic vibe. It made perfect sense considering it was finals week and most students were either away in their dorms or in the library studying. Others were taking final exams or finishing up those last minute assignments.

One afternoon on the first floor of the SSM building, I decided to take a break from studying. After buying snacks from the vending machine, I turned around to leave and in the corner of my eye I saw something huge and shiny against the wall. I looked to my right and I saw two giant doors! I nearly dropped my snacks in shock as I walked up to the mystical doors next to the choir room.

At a distance they looked metallic but when I got a closer look there were hundreds of beautiful tiny white plastic flowers that covered the doors. The lights shining on the doors only added to their magnificence. I stood there in awe wondering who created them and why. Never had I seen them before and it was strange and random that they were put there. I attempted to open the doors, but they wouldn’t budge. I knocked and no one answered. Perhaps the doors were created for the Annual Bobcat Art Show, perhaps not.

What are the odds that these heavenly doors lead to the wonderful Land of Oz? Or better yet Narnia? Maybe they lead to the Diagon Alley or Mount Olympus? For all we know they could lead to another dimension where there is no such thing as exams or homework! What if this is a door from Monster’s Inc.? Opening them could unleash unknown chaos. There might be a parallel universe lost in time that has many planets that look like ours but that have everlasting peace among their people; no wars or political corruption. The possibilities are infinite.

If there are two things I learned that afternoon, it is that some doors aren’t meant to be opened and when two doors remain locked many more will open in their place.